BONUS for those who've gotten this far:

I agree with Steve Martin's comment that "writer's block" is an excuse writers use to justify spending time at a bar. Instead, I usually spend time telling my middle sister about my current story at breakfast---my treat. It always works. But I can only use it early when she's hungry. Several other things may work, but no one's interested in my opinions. Maybe they have reader's block.

Now I have science on my side. The best article I've ever read about beating writer's block is by Estelle Erasmus in the Sept 2019 issue of Writer's Digest (Page 8, for the eager. Page 75 for the thirsty.)

The writing biz sometimes uses the term Speculative Fiction for stories about other worlds and futuristic elements that entertain and shed light on the human condition. But to varying degrees, all fiction is speculative by definition. Instead of using that redundant term and thus violate craft rule 17 of Strunk & White, I use the oxymoron Future History to describe these stories.   I could call them Speculative History, but that implies a re-write of the past to fit a favored plot, and my robot stories do not re-write the past. They re-write the future. Modern fiction has painted a somewhat warped account of the robot future that begs to be adjusted.

[ Day 0.03.02 ]
A short man padded along a smoky hall, gripping his .45 with both hands like they do in the movies. Video showed him wearing a patterned shirt and a grim smile. He’d been shot at least twice.
Shafts of light played against distant sounds of a running fight. Shouts, cries of anguish—and laughter—echoed with sizzling twangs, cracks, and bangs as if a time warp had merged sci-fi battles, a gangster war, and a gunfight at the OK corral.
The ebb of lights and noise flowed now louder as he went.
He shifted his gamer’s vest to a less irritating position.
From behind came a muted gritty crunch.
He whirled, raising his weapon. A security guard faced him—hand on holstered taser, but no vest or laser gun.
He put up his hands as if to surrender, then gave the common signal for silence by crossing pursed lips with the barrel of his plastic .45.
The guard said, “Hi, Neil.”
They exchanged smiles.
Striding past, the guard whispered, “Watch your back.”
The mistake was to think about it. By the time he turned to look, he’d been shot again.
Advancing to the Atrium, his face betrayed surprise and fear as The Machine materialized through the haze. It looked like a vaguely humanoid robot driving a dishwasher, but still had a tablet screen for a face. It rolled toward him aiming a plasma weapon.
He raised his .45.
The Machine's blaster winked before he could fire, and the shooter bleated, “Trust your feelings, Neil.”
Neil fired anyway. His weapon gave a hollow click instead of the sick but reassuring blam. He ducked past, heading toward the next stairwell as his .45 re-armed. A peek behind showed the machine backing away with blaster pointed at him for another shot. This time he managed to dodge, but as the machine swiveled around the corner, someone else shot him. He dashed up the stairs.
At the top he studied a security camera aimed at the wrong door and disappeared into its usual field.
Barely a minute later he slipped away using his blaster to stuff an edge of shirttail under his belt.


The hall door to the shipping dock opened with a wham. Neil looked up from his desk. “What the…?”
A man dashed past and disappeared out the Receiving door.
“Hey, you!” Neil called. He looked at his own patterned shirt.
Seconds later, a company security team barged through the hall door. One officer planted himself between Neil and the Receiving door. The other demanded, “Where were you?”
“I don’t understand.” Neil protested. “I’ve been here.”
“Not all the time, though.”
“No, I did hit the head.” [1]
“Yeah, we checked,” said a third guard, coming in. “Nothing good in the restroom, Sarge.”
“Where is your gaming equipment,” the sergeant demanded.
“What equipment? I didn’t play.” Neil smiled nervously.
“Don’t give me that. You were in the hall, dressed as a gamer. We have video.”
“But I didn’t play.” Then he remembered. “I did see someone run past that might have looked like me. He had a shirt like mine. And a gym bag.”
The first guard came close, showed his cell phone, and whispered, “Sarge, this is Neil. The guy I saw earlier had to be an impostor. His teeth were all the same.”
The sergeant ordered the outside door locked and bared, and suggested strongly to Neil that he talk with The Man and The Machine. “I’ll show you the way.”
“The way” included a half-hour wait at the company’s security desk while Doctor Little digested his AI machine’s report of the laser tag game. It was lively reading although Doc was the only human to read it before the sergeant brought Neil to them.
“Dr. Little? TM2?” the officer said, ushering Neil into the boss’s office.
“I’ll be brief,” the boss began. He watched his employee’s face without appearing to be careful about it. TM2 rolled to a better spot and watched Neil’s face with obvious care. “…But I’ll need you to be open with me. Okay?”
“Okay.”
“How could the intruder have known what clothes you were going to wear?”
The clerk got flustered but did not appear to be inventing a story.
“I don’t know… unless…”
Man and machine waited for the rest of it, which Neil appeared embarrassed to admit. “Well,” he mumbled, “… I don’t have a big wardrobe…”
No further relevant data came to light in the interview.


“Do we buy that, TM?” Doc asked when Neil had gone.
“Yes,” said the machine. “I have just examined my own Data Matrix and scanned a few security videos. He wears the same sorts of things on about a nine-day rotation. It appears that he has duplicates of some shirts and slacks, and his other clothing is similar. Anyone familiar with his routine could assemble a matching collection. He may wear different things in the evenings and on weekends. Do you want me to check?”
“No. It’s too late...
“Nothing stolen?” Little commented, fingering the machine’s report. “I find that hard to believe.”
“An inventory of prototypes and other sensitive materials shows correct, Doctor, and no sensitive files were accessed during the game.”
“I’ll bet they did get something,” said Little. “Whatever it was, it was small. Does IMINT[2] show what it could have been? Archive all records of this day. We need to check it in detail.”
“If they did not get anything, Doctor, there is the other possibility. I shall check that as well, but it naturally takes more time.”


[1] “Hit the head”: military slang for visiting the restroom, the loo, the W.C., etc.
[2] IMINT: Military jargon for Image Intelligence, i.e., the analysis of images for clues. 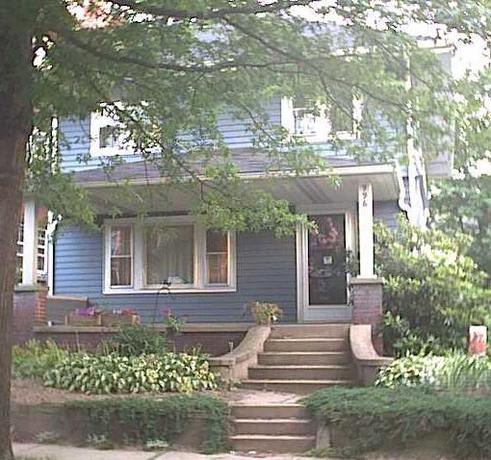 Click the book to see
contents and teasers
for the robot's diary.

to see more data
on Lulu's page for
Diary of a Robot.

Push its button and a machine works. Usually.

We never ask what it thinks. But now we may have to. 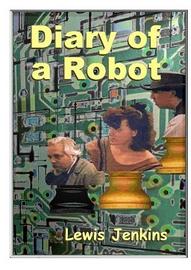